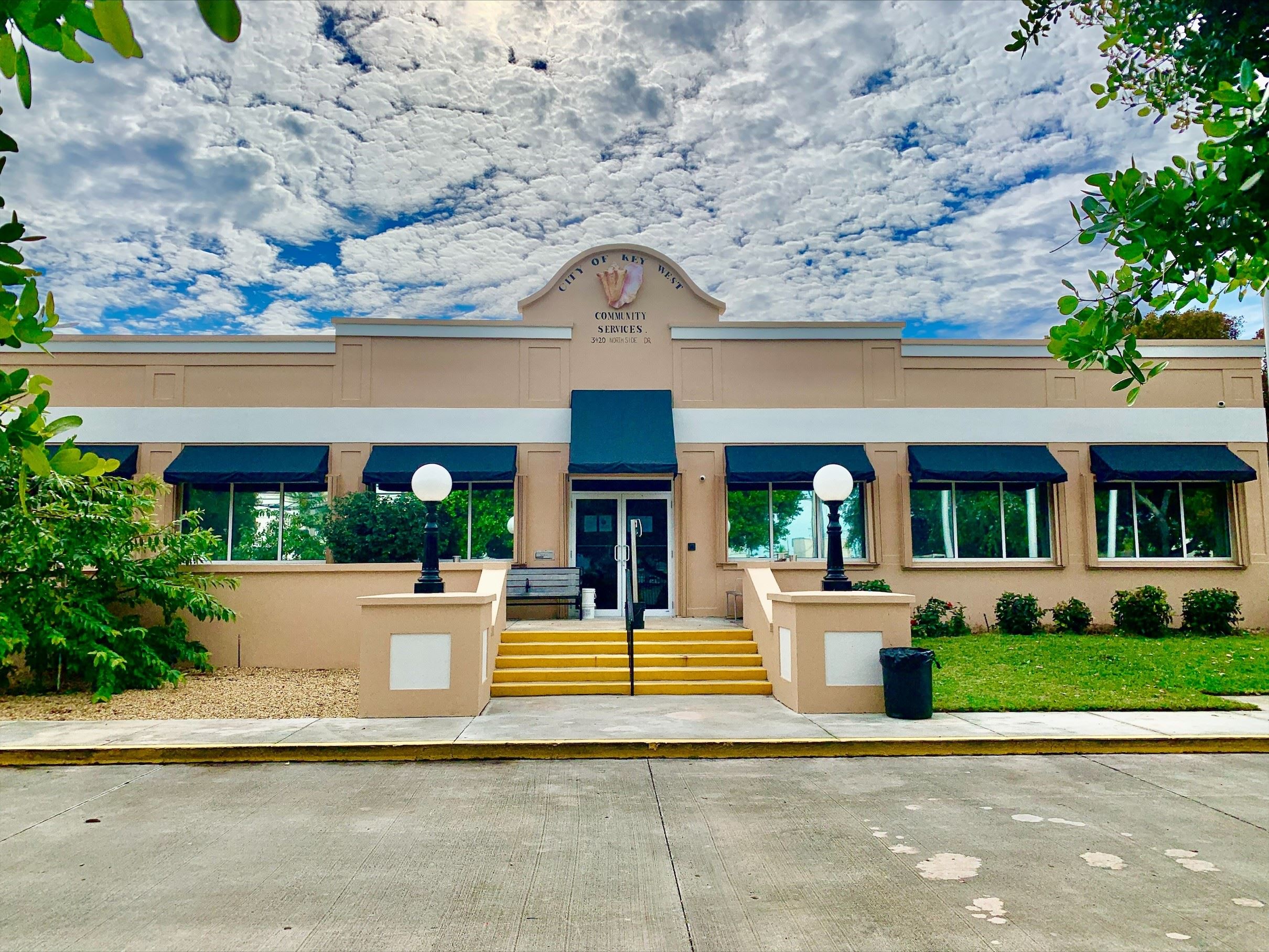 On September 8, 2022, the British Commonwealth lost its Commander-in-Chief of the British Armed Forces, Queen Elizabeth II.  She was 96 at the time of her passing, where she reigned for over 70 years on the throne.

The City of Key West Community Services draped the Southernmost Point marker in a royal purple sash and backdropped by the Union Jack flag on Friday, September 16, to recognize her majesty's long reign and service. 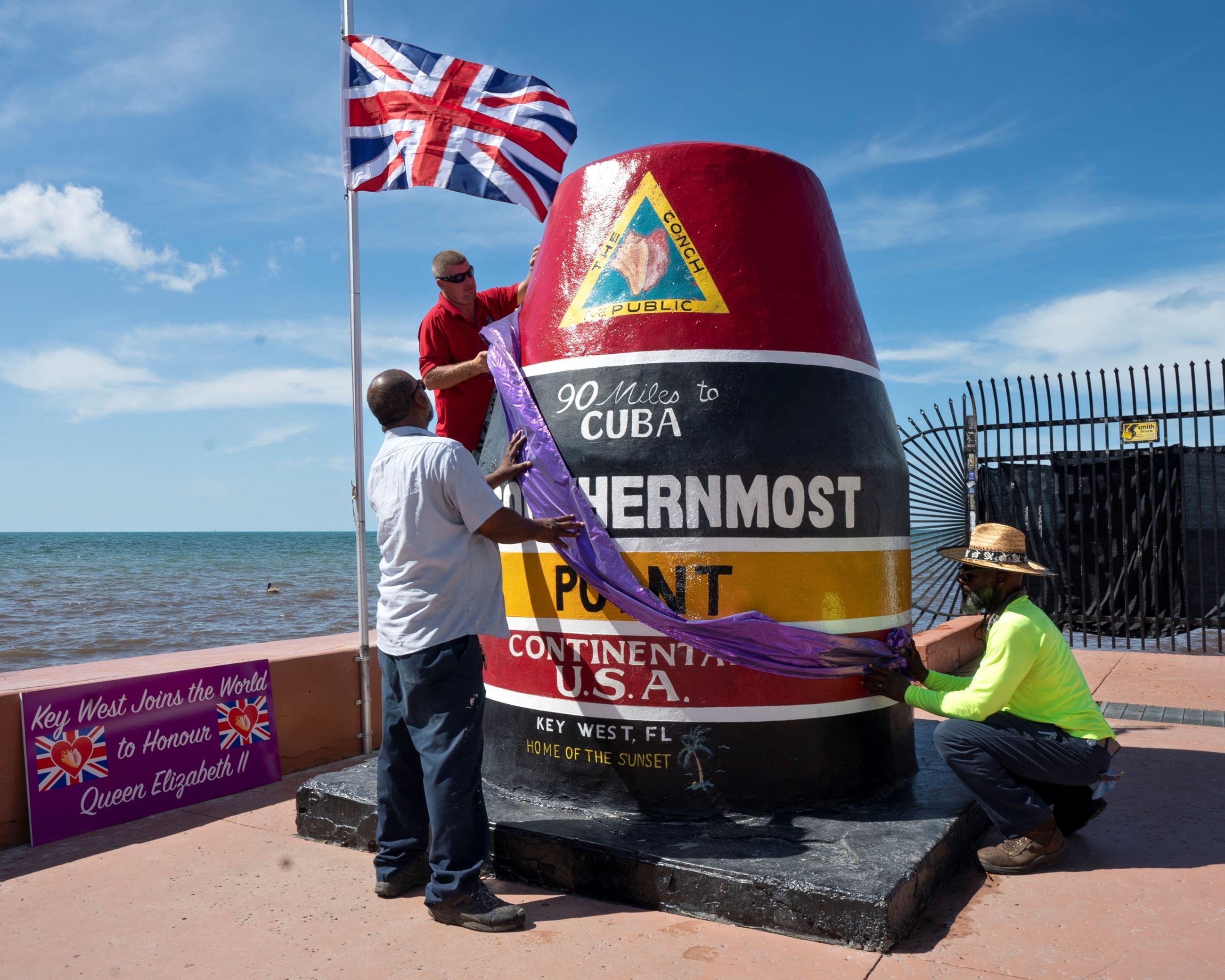 On May 18, Community Services  Team cleaned the rainbow crosswalks located on Duval and Petronia Streets intersection.

Fire Station No. 2, located in the heart of Key West on Simonton Street, is receiving an update to the red paint on the bay doors.  Sandy Rico, a member of the Facilities Maintenance Team for Community Services, can be seen in this photo prepping the area for painting. 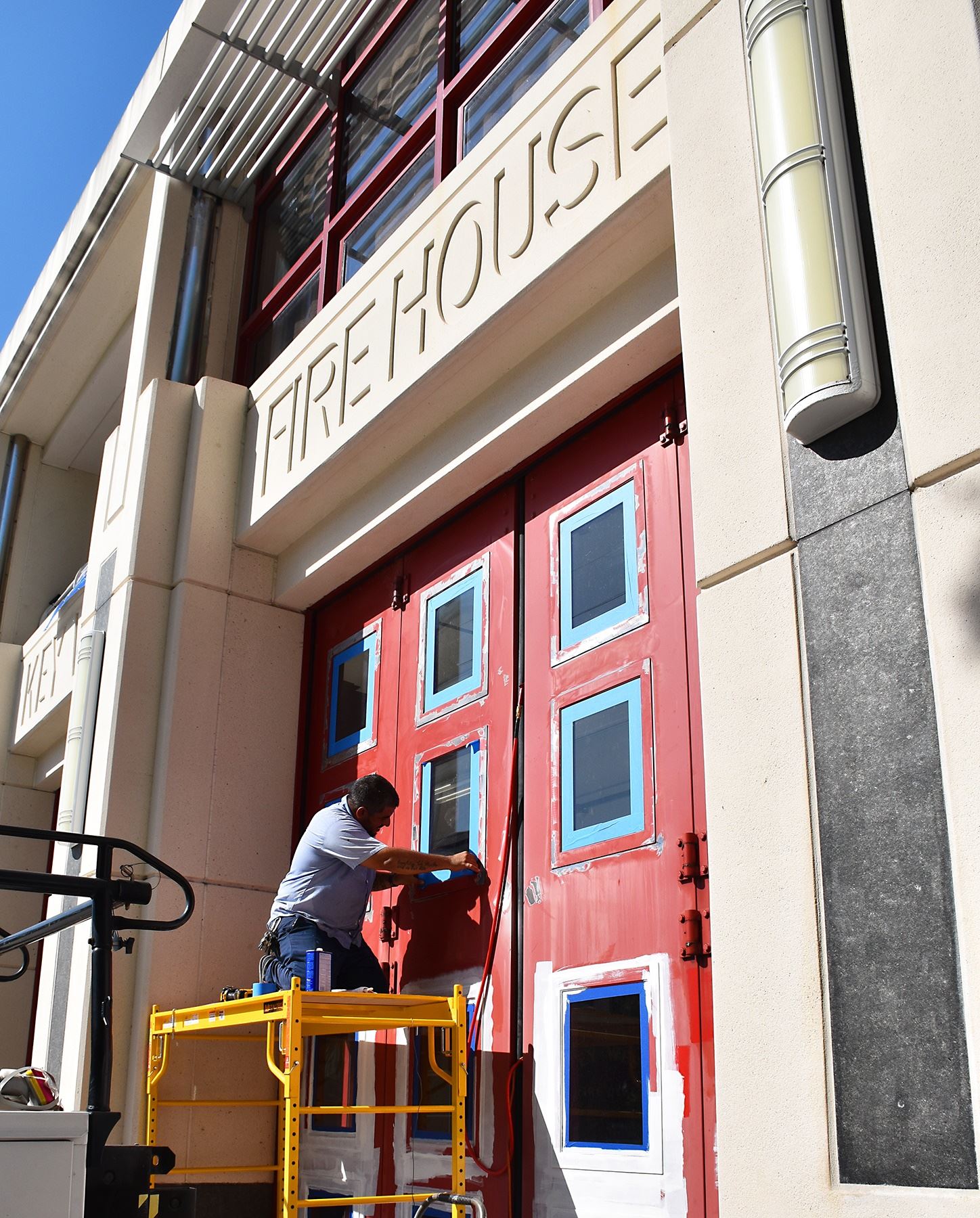 Community Services Crews installing a sidewalk, taking care around a protected tree during the installation.

The Community Services Department, the second largest in the city, is responsible for the following areas:

Purpose of the Department

The Community Services Department allows five departments to function to accomplish goals and objectives. Sharing similar skill sets, labor, and equipment is necessary to complete projects as efficiently as possible and expand the ability to provide cost-effective services to our citizens and guests.