The Richard A. Heyman Environmental Pollution Control Facility and associated sewer collection system operations and maintenance are contracted to Jacobs.

Jacobs functions much like a City department. Waste water is treated to advanced standards and discharged into a deep injection well located on the plant site. The treatment plant was constructed in 1989; designed and permitted to produce secondary quality effluent at a rate of 10 million gallons per day (MGD).

In 2001 the facility was upgraded to guarantee advanced treatment standards. Completion of this upgrade coincided with construction of the first deep injection well. When Key West began discharging the highly treated effluent into the deep injection well, the valve that allowed flow to the ocean outfall was closed and will never be opened again.

Currently, average flows are approximately 4.5 MGD, a reduction from 8 MGD five years ago. This reduction in flow indicates the success of the $56 million collection system rehabilitation project. Seawater inflow that previously entered the system and had to be unnecessarily pumped to the plant no longer occurs.

The City has spent more than $67 million over the past five years on sewer capital improvements to rebuild the collection system, replace the ocean outfall with a Class I Deep Injection Well, and upgrade the current Sewer Treatment Plant to an Advanced Waste water Treatment (AWT) facility. A second injection well was completed in August 2006 to provide redundancy in case of any problems with the first well. 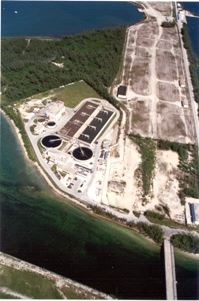 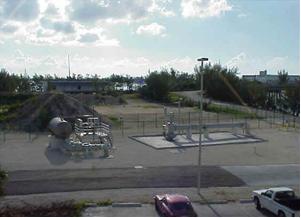