Ever wonder what it takes to mobilize the staff necessary to install the barricades, close the streets and clean up the trash after the Fantasy Fest parade? Do you know why Old Town is considered a historic treasure? Where do tax dollars actually go once you’ve paid them? The answers are just some of what you’ll learn as a Key West Ambassador.

Key West Ambassadors Academy is an interactive, 13-week program that focuses on educating citizens about the City’s government processes. Elected officials, department directors, and other city staff will host unique and informative sessions designed to give citizens hands-on experience in city government operations. Participants will also hear from the Key West Housing Authority, the Navy, and various other entities that serve the Key West community. If you want to better understand the way your city works and what your tax dollars do, this is your chance to learn the ins and outs of city management and have your suggestions implemented. Help your community by solving problems. 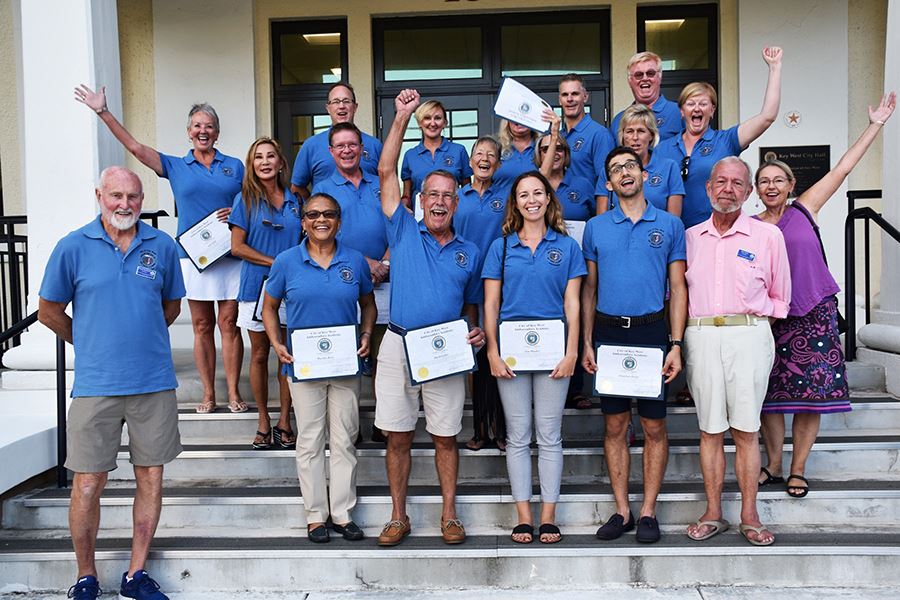 There is no better way to get to know the city government than through the Key West Ambassador’s Academy. The program started in 2003. The class meets for 13 weeks every Thursday from 1:00 pm to 4:00 pm, usually at the City Hall. The Academy is conducted twice a year, with the first session beginning in January and the second in July.

The list of graduates of the programs looks like a who’s who of Key West that includes city and county commissioners, CEOs, and directors of several not-for-profit organizations. The Ambassador program works under the concept that an educated citizenry is the bedrock of a well-functioning democracy.