Mayor Teri Johnston was born and raised in Conrad, Iowa, attending John F. Kennedy College on one of the first athletic 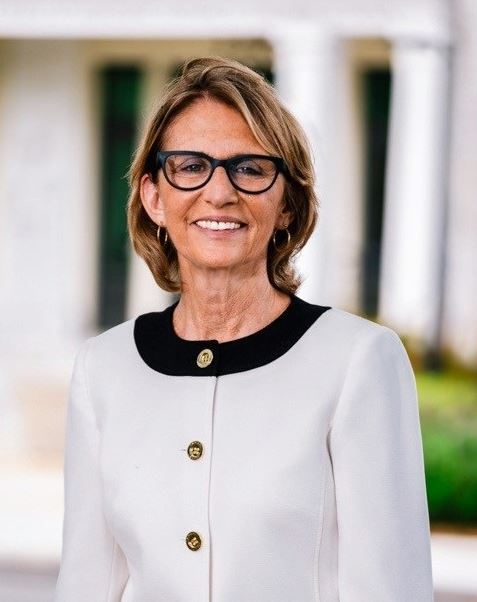 scholarships offered to women.  She is a three-time All-American softball player and graduated with a Bachelor of Arts degree.  Teri spent 21 years with the privately held corporation Hollister Incorporated, a manufacturer of disposable healthcare equipment.  She began her career at Hollister in sales, human resources, and sales management for their domestic division.  Teri was promoted to their International Sales and Marketing Division and retired as Director of Marketing for their European Division based in Wokingham, England.